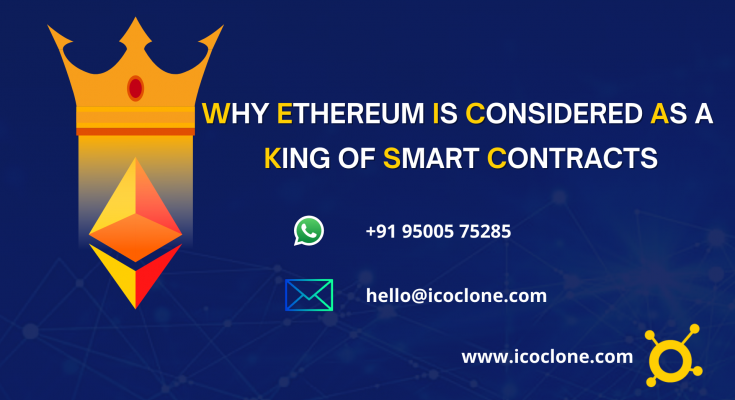 Ethereum blockchain creates an open-source software platform based on a blockchain that runs on a network. It enables developers to develop and deploy decentralized applications (dApps) that run on the ethereum blockchain. These executions are completely monitored by thousands of peers. In other words, we can say that it is a decentralized platform that has global accessibility. It is the place where it generates its cryptos and tokens. After the introduction of the ethereum white paper by vitalik buterin, the demand for ethereum experts is high.

Moreover, crypto-based assets are fully built on top of the Ethereum blockchain for crowdfunding models. ERC20 tokens are a distinct type of smart contract that lives on the Ethereum blockchain. Ethereum token is a type of digital asset which is developed from the ethereum blockchain. These tokens are completely used for buying, selling, and trading in the crypto exchanges. For developing a single ERC20 token there is a set of conditions for developers. Only after undergoing all the rules, developers can create a single unique ethereum token. You can also create a custom ERC20 token with the help of the best ERC20 token development service provider in the industry.

What is a Smart Contract?

The primary function that powers applications and programs in the ethereum are a smart contract. A smart contract is a line of computer program codes. It is capable of executing, enforcing, and fascinating the performance of agreement using blockchain technology. Smart contracts programmed in an automatic mechanism. So it automatically performs transactions when the terms and conditions are met. It is completely stored in the public server so it is very hard to modify or alter. Here transactions will happen through blockchain. Also, it does not involve any intermediates during the transactions.

You may have a question on your mind: how a smart contract works?. For instance, When the user performs a transaction, every transaction details are stored in a form of a block. Also, it acts as a distributive ledger. This kind of transaction is done with the help of three key factors. Such as Private Key, Public Key, and smart contract. When a user is transacting an asset to another user, the sender should have a public key. The sender can approve the transaction with the help of a private key. This key acts as both the hash code and a digital signature. Having this kind of complex back-end process will be very hard for hackers to break the iron curtain securities.
This mechanism made many people choose smart contract development for their business.

Why Ethereum is the best smart contract tool?

Ethereum is an open-source network and functions efficiently on digital networking. It will be a good example of public blockchain networks. As for now, the Ethereum token development service is growing rapidly across the world. So this gives a great opportunity to the developers and ethereum token development service provider. Also, it makes it simple for developers to create decentralized apps easily. People can use the ethereum platform by sitting anywhere across the world. It is a widely known crypto platform. Also, it provides many advantages for crypto startups and entrepreneurs in the industry.

Now, let us see some factors why people say ethereum as the king of smart contracts.

Basically, designing a decentralized application requires effective programming skills. so that it increases profitability immediately. Ethereum has become an efficient platform for developers to create high-functionality decentralized apps for finance-based industries. Solidity is an ideal programming language for the Ethereum token development service. Also, it is gaining good popularity as compared to other programming languages. Understanding the syntax in solidity is like a cakewalk for developers. So you need to hire a well-skilled ethereum token developer from a company according to your business requirements.

Ethereum blockchain is a kind of open-source. so it is used by many reputed companies. Also, it involves cutting-edge tools for back-end functionality. Ethereum blockchain is also seamlessly incorporated with some tools used in finance industries. so it becomes the fastest growing technology to take finance industries to the next level. Currently, two of the popular corporate sectors are making use of Ethereum smart contract development. Such as Microsoft and Amazon. These two popular companies have become witnesses of the ethereum blockchain.

Many financial sectors are sinking money into the project developed by Ethereum blockchain. So it is one of the best reasons for considering ethereum as king of smart contracts. It streamlines the integration of some function protocols. Companies also choose expert developers to take up the task of ethereum token development. Ethereum blockchain also provides the scalability in Dapps designed for the finance industries. It is also important for startups to analyze in choosing the top-notch Ethereum token development company.

Shake your hands with Icoclone and create a unique Ethereum token now!